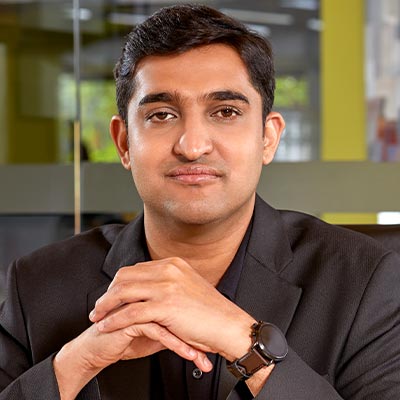 Arjun is the CEO – India, at the Asia’s higher EdTech major – upGrad, which within 7 years of its inception, has impacted over 2 million total registered learners over 100 countries.

Arjun started his career with the Think & Learn Pvt Ltd, commonly known as Byju’s, as a teacher and moved up the ranks into a leadership role. He ran most of the Sales and Marketing in the company’s early years and was until recently running its International Business. He held several leadership positions throughout his tenure including Vice President – Marketing and most recently, Chief Business Officer (CBO).

Prior to Byju’s, Arjun drove Sales and Operations at Titan Industries and did his stints with Tata Motors, Tata Realty and Infrastructure Ltd. (TRIL) and Sir Dorabji Tata and Allied Trusts. He started his career as a Tata Administrative Services Manager after passing out from IIM Kozhikode with Gold Medal.