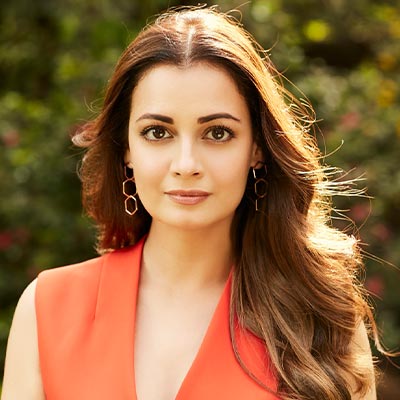 Today, Dia Mirza has become the voice of environmental and wildlife conservation in the country and a torchbearer for causes related to nature. She was appointed as the United Nations Environment Goodwill Ambassador for India at the UNEA assembly held in Nairobi. She championed the campaign #BeatPlasticPollution along with the UN leading to World Environment Day in 2018 when India was host nation leading to the historic declaration by PM Modi to make India Single-Use Plastics Free by 2022. Her exhaustive list of titles include Founder member of Wildlife Trust of India’s Club Nature, Ambassador Wildlife Trust Of India, Ambassador for the Swachh Bharat Mission’s “Swachh Saathi” program, Ambassador for Sanctuary Asia’s Tiger Conservation – Kids For Tigers program, Member of the Governing Board of the Sanctuary Nature Foundation, and the first Indian Ambassador for Save the Children. She believes that the creative arts, cinema, documentaries and photography are powerful tools for social change and conservation.

As the forerunner in reigniting and strengthening the relation between man and nature, Dia is a champion of nature in its truest sense. A perfect combination of beauty and intelligence, Dia was crowned Miss Asia Pacific at 18 and has gone on to establish herself as a versatile and well-respected actor in the Indian film industry, popularly known as Bollywood. She was last seen in the biopic of actor Sanjay Dutt titled Sanju, where she played the role of his wife Maanyata Dutt – a rock-solid woman who was the pillar of strength in Sanju’s life. Dia’s portrayal of Maanyata was par excellence and won her much appreciation.

Her most recent project Kaafir, a strong and highly acclaimed web-series on the Indo-Pak cross border dispute, positioned her right at the forefront of compelling storytelling. As Kainaaz, she wore her character with absolute honesty, persuading viewers to invest in her character and hooking them onto every scene. Yet again, Dia proved that an actor’s true worth lies in their dedication to the craft. As she continues her cinematic journey, Dia has a strong list of upcoming projects including Thappad directed by Anubhav Sinha and Wild Dog in which she essays a strong role opposite superstar Nagarjuna.