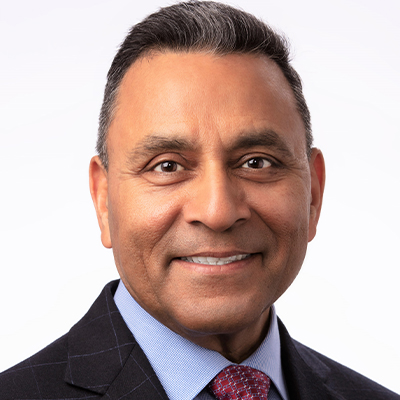 Dinesh Paliwal is Senior Advisor to the Board of Directors and CEO of HARMAN, a wholly-owned subsidiary of Samsung Electronics Co., Ltd. In addition to the HARMAN Board, Dinesh also serves on the boards of Bristol-Myers Squibb (NYSE:BMY), Nestlé (SIX:NESN), and Raytheon Technologies Corporation (NYSE:RTX)​. Previously, he served on the boards of four public companies: Tyco International Ltd. (Switzerland domicile), ADT Security Services, Embarq (now CenturyLink Inc.), and as chairman, ABB India Ltd.

Dinesh joined HARMAN as President and Chief Executive Officer in 2007, and served in this position before stepping down in 2020. In 2008, the HARMAN board of directors elected Dinesh as the chairman of the board, succeeding the founder and chairman Dr. Sidney Harman. Dinesh served as chairman and CEO until HARMAN was sold to Samsung for $8.8 billion in 2017. He has transformed the company into a customer-centric and innovation driven technology leader, expanding the company’s business in high-growth emerging markets, instituting best-in-class operating processes that have resulted in significant top and bottom-line growth, and positioning the company beyond its audio heritage to the premier tier one technology partner to automotive companies around the world. In the last decade, 2009-2019, under his leadership company revenue grew 300%; BRIC/ASEAN market revenue grew 1000%; automotive order backlog grew 360% to $29 billion; and shareholder value rose 1100% from $9 in 2009 to $112 in 2007 upon its sale to Samsung.

Prior to joining HARMAN, he spent 22 years with ABB Group (NYSE:ABB), where he rapidly moved up to take on leadership roles of progressively greater responsibility in the U.S., Singapore, Australia, China, and Switzerland. His last role at ABB was in global headquarters in Switzerland as group president with responsibility for the company’s global P&L. Simultaneously, he took on a dual role as chairman and CEO of ABB Inc. to turnaround the perennially loss-making North American region, where he successfully achieved profitable growth for the multi-billion operation.

Dinesh has worked and lived in six countries on four continents, including the U.S., China, Switzerland, Singapore, Australia, and India. Moving to Beijing in 1994, Dinesh established ABB’s operations in China and North Asia, where he grew the region’s business ten-fold in four years. After becoming the youngest executive to join the ABB management board in 2001, Dinesh was tapped by the board to run the global Automation division, representing more than half of ABB’s sales. As president of the division reporting directly to the chairman, Dinesh posted 14 consecutive quarters of top-line and earnings growth and was subsequently promoted to group president of ABB in 2006.

He is a member of the CEO Business Roundtable and serves on the corporate advisory board of The John F. Kennedy Center for the Performing Arts. He also serves on the board of directors of the U.S.-India Business Council (USIBC) and the Board of Visitors of the Farmer School of Business, Miami University. He has also served as chairman of the U.S. National Foreign Trade Council (Washington DC) and on the boards of the U.S.-India CEO Forum, the U.S. China Business Council, the National Symphony Orchestra (Washington DC), and the International Swimming Hall of Fame.

Among his many accolades from the business, industry and media communities, Dinesh was named to Motor Trend’s Power List in 2018, in recognition of his instrumental role in HARMAN’s transformation. In 2017, Dinesh was named to the inaugural Recode 100, which recognizes the year’s most influential people in tech, business, and media. In 2015, Dinesh was named to Yahoo Finance’s short list of five-star CEOs, and in 2014, Dinesh was named to Fortune magazine’s “Business Person of the Year” list. In 2012, Dinesh was inducted into the International Honor Society Beta Gamma Sigma, and the Asian American Business Development Center presented him with the “Pinnacle Award.” In 2011, the American India Foundation (AIF) honored him for “Corporate Leadership.” In 2010, Ernst & Young named him “Entrepreneur of the Year” for the New York region, and the Global Organization of People of Indian Origin (GOPIO) honored him with “Indian American Achiever” Award.

Dinesh holds a Master of Science in engineering from the Indian Institute of Technology (IIT Roorkee) and in 2019, IIT board of directors elected him for the Distinguished Alumni award. He also earned a Master of Science in applied engineering as well as an MBA in Finance from Miami University of Ohio. In 2019, the board of trustees of Miami University conferred an honorary Doctor of Laws to Dinesh for his ongoing efforts and contributions toward advancing the University’s leadership in business, technology, innovation, and entrepreneurial endeavors.

Dinesh is regularly recognized for his role in driving innovation and social progress. He is a recipient of the prestigious Ellis Island Medal of Honor, founded by the Ellis Island Honors Society (EIHS), which counts among its past medalists seven U.S. presidents, Nobel Prize winners, and other world leaders of government, industry, education, the arts, and sports. In addition, B’nai B’rith International honored Dinesh with its Distinguished Achievement Award. Dinesh also has been honored by the global nonprofit Breakthrough for his contributions to advancing women’s causes, and The T.J. Martell Foundation recognized him with its Music Innovation Award.