Board Member, Technogym and The Wellness Foundation 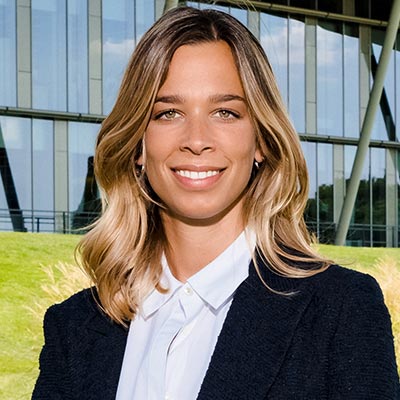 In 2016, after pursuing several work experiences in major financial institutions around the world and being promoted to a managerial position at Luxottica, Erica joined the family business, Technogym, where she plays a number of different roles.
Founded in 1983 by her father, Nerio Alessandri, Technogym is the world leader brand in equipment and digital solutions for fitness, wellness and sport. Today 50 million people train with Technogym in over 80 thousand wellness centres and 300 thousand privates homes all over the world. Starting from Sydney 2000, Technogym has been the official supplier of gym equipment in the last 8 editions of the Olympic Games (with Tokyo 2020 coming up next year).

Erica was appointed as Member of Technogym’s Board of Directors in 2016, when the company went public on the Milan Stock Exchange. In this position, besides having an active role on the strategy of the company, she also attend many international events such as the World Economic Forum, bringing forward the family’s legacy and promoting the wellness philosophy, which was coined by her father in 1992.
Moreover, since she joined the family business, she held several managerial positions within the company. Since returning from her MBA at INSEAD, she joined Technogym’s digital team as product manager.

Technology and innovation are in the company’s DNA since its inception; in 1996, we have always been at the forefront of innovation, lastly connecting the equipment to the Internet and introducing the MyWellness Cloud, a patented technology. This platform connects all the smart equipment, allowing end-users to store data and offering them a personalized training experience. Today, we have over 15,000 clubs around the world that are connected and 15 million people that use our digital ecosystem.

Currently, Erica is overseeing the development and launch of new complementary products and applications aimed directly at consumers. She also serves on the board of our Family’s non-profit “Wellness Foundation”, the foundation created by Nerio Alessandri with the aim of promoting wellness as an opportunity for all stakeholders: Governments, Companies and Citizens.