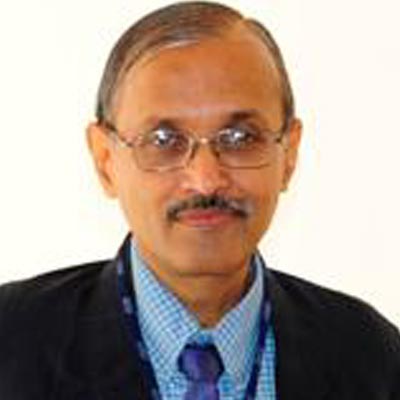 S Ganesh Kumar was the Executive Director in the Reserve Bank of India, where his responsibilities included the entire gamut of Payment and Settlement Systems, creation and development of strategic plans for the entire Reserve Bank and to look after the external investments and foreign exchange reserves management.

He is a post graduate in Management having experience in varied fields such as marketing, market research, banking, finance, law, and Information Technology. He has been with the Reserve Bank of India for more than two decades. With the advent of technology in banking, he has been focussing on computerised operations of the various functions of the Central Bank. Mr Ganesh Kumar was associated with the introduction of technology in the Banking sector as well as the introduction of new digital based payment and settlement systems for the benefit of the customer at large. The areas include the introduction of computerised and network based banking functions, pioneering work in the introduction of electronic movement of funds and the introduction of Real Time Gross Settlement in India, introduction of cheque truncation and other electronic data interchange initiatives for the Banking sector. He has played a key role in framing the policy for IT implementation in the Reserve Bank and the Banking sector, apart from providing policy perspectives relating to IS Security, Audit and compliance. He was instrumental in implementing a one-of-its-kind Core Banking System in a central bank named the –E-Kuber CBS’ as also with the accounting functions of RBI. He has played a key role in the digitisation of tax receipts for the CBDT and in the GST implementation for the Government of India. He has also been associated with the Institute for Development and Research in Banking Technology – the IT institute for the Banking sector, facilitating in training and new service offerings stemming out of Research activities of the Institute, and in institution building in the form of the National Payments Corporation of India (NPCI) and the Reserve Bank Information Technology (ReBIT) Ltd..

He was the nominee of the Reserve Bank of India on the Committee for Payment and Settlement Systems in Bank for International Settlements (BIS), Basel, as also the co-chair of the Fintech Sub Committee of the Financial Stability Board of the BIS.