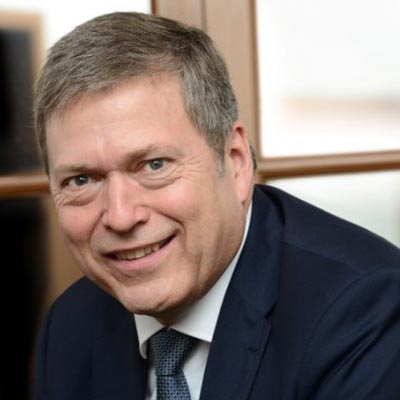 Mr. Guenter Butschek joined Tata Motors as the Chief Executive Officer & Managing Director in February 2016. He is responsible for leading all operations of Tata Motors in India and international markets including South Korea, Thailand, Indonesia and South Africa. He is also a Member of the Board.

Mr. Butschek’s last assignment was at Airbus Group where he served as Chief Operating Officer of Airbus and Member of the Group Executive Committee. He played a critical role in reshaping the industrial strategy, empowering operational units, implementing a global operating system and enhancing the end-to-end supply chain performance in order to master the rate increases.

Prior to Airbus, Mr. Butschek worked at Daimler AG, where he gained more than 25 years of experience in international automotive management. The last role he held was that of President and Chief Executive Officer of Beijing Benz Automotive Co., Ltd. Leading the joint venture, he relocated the operations to an all new state-of-the-art facility and increased productivity and flexibility of the plant. He launched several new production lines for Mercedes, Chrysler, and Mitsubishi products and set the footprint for future profitable growth.

Mr. Butschek began his professional career in 1984 at Mercedes-Benz AG in Stuttgart, Germany, as Project Engineer Central Material Management. After several positions in logistics, human resources and procurement at the Mercedes-Benz Passenger Cars division, Mr. Butschek became a member of the Management Board of DaimlerChrysler South Africa (DCSA) with full operational responsibility in 2000.

Mr. Butschek, 59, graduated in Business Administration and Economics with a diploma from the University of Cooperative Education Stuttgart, Germany.

He enjoys playing all kinds of sports, exercising to keep fit and playing music.