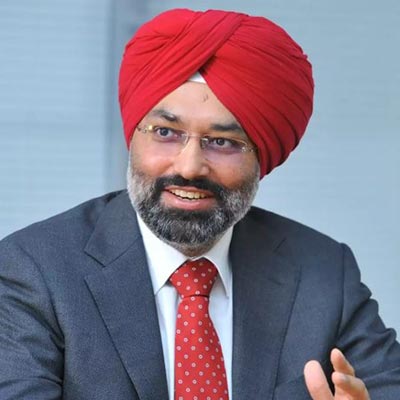 An automotive expert with considerable leadership experience in the automotive industry, Mr Gurpratap Boparai joined ŠKODA Auto India as Managing Director in April 2018. In 2019, he was appointed as the Managing Director of ŠKODA AUTO Volkswagen India Private limited as part of the management restructuring under the ambitious India 2.0.

Mr Boparai commenced his career with TATA Motors, Jamshedpur as a graduate Engineer Trainee in 1991 and worked for the Engine Division. He moved to TATA Cummins in 1995 and was part of the team that set up the green field facility to manufacture modern diesel engines for TATA’s medium and heavy trucks.

Mr Boparai kicked off his global career when he joined IVECO’s Engine plant in Turin, Italy in 2000 where he assumed various strategic roles such as Head of Logistics, Head of Engine Assembly, Engine Testing, Paint & CKD operations.

He moved to Ocap Chassis Parts Limited (subsidiary of Ocap Spa) in 2006 as Plant Director.

Prior to joining ŠKODA Auto India Mr Boparai had a reasonably long stint with FIAPL (Fiat India Automobiles Pvt. Ltd., a joint venture between Tata Motors and Fiat Group Automobiles). He joined FIAPL in 2007 as head of Manufacturing for Powertrain Division.

During his tenure with Fiat India he helped set up the company’s state of the art green field facility to produce 350,000 engines & 300,000 Transmissions. He was elevated to the role of Chief Executive Officer in FIAPL from 2012 to 2018.

Mr Boparai has completed a Bachelor’s Degree in Mechanical Engineering and further pursued a Master’s Diploma in Business Management from XLRI, Jamshedpur.