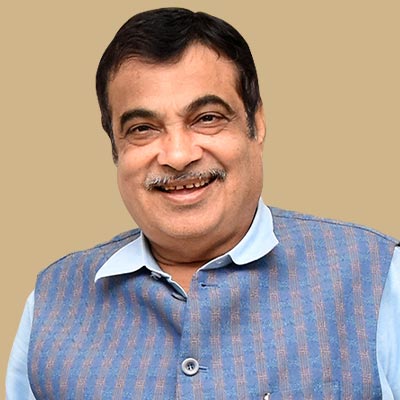 Shri Gadkari Ji is one of the senior most members of the Shri Narendra Modi Ji’s government, is seen as a man of the masses, an accomplished social reformer, an adroit statesman & administrator. A seasoned politician, Gadkari has earned for himself the distinction of being a visionary thinker and deft executor.

Antyodaya means uplifting of the weakest section of the society. As a follower of Dr Deen Dayal Upadhyay’s Integral Humanism and trusteeship, Gadkari Ji has always believed that politics is an instrument of socio-economic change.

A politicians duty is to serve the poor and underprivileged. These ideals have always reflected in his governance models.

Under his leadership that Maharashtra BJP contributed in the Annadata Sukhi Bhava Yojana of a Voluntary Organisation and reached out to the widows of those farmers who have committed suicides.

Believing roads to be the gateway to prosperity of Mr. Gadkari gave top priority to constructing roads to tackle the problem of tribal malnutrition in Melghat – Dharni belt of Amaravati district and provided all- weather connectivity to the 91 remote villages of the belt. Malnutrition has decreased drastically and socio-economic conditions of the people elevated.

This activity was adopted in Vidarbha and other parts of Maharashtra and around 126.05 lakh cubic metre material was extracted, creating 12,605 TCM water storage capacity in the state, saving about Rs 187 crore of the state government.