Minister of Defence of India, 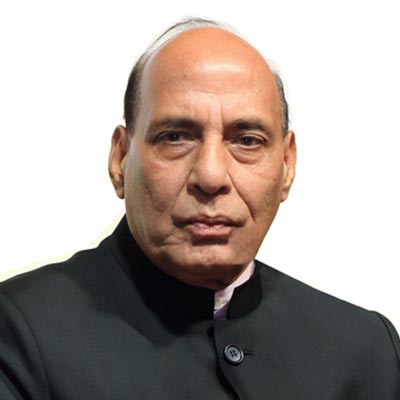 He received his basic education in the village and Subsequently, he completed his MSc Physics from Gorakhpur University UP. He worked as a lecturer of Physics at K.B. Post-Graduate College Mirzapur, UP. Public & Social Life He was a brilliant student since his student life.

He became the RSS karyavah (General Secretary) of Mirzapur city in 1972. He also remained the organisational secretary of ABVP Gorakhpur division from 1969 to 1971. He entered politics in 1974 and in 1977, he was elected as an MLA in the Uttar Pradesh Assembly. He was elected MLC for Uttar Pradesh Legislative Council in 1988 and became Education Minister in 1991. During his tenure as Education Minister in UP, he established some landmarks by introducing the Anti-Copying Act and Vedic Mathematics in the syllabus. He became a member of the Rajya Sabha in 1994.

On November 22, 1999, he became Union Surface Transport Minister. During this period he got the opportunity to initiate the NHDP (National Highway Development Programme), a dream project of Shri Atal Bihari Vajpayee. On October 28, 2000, he became Chief Minister of UP and was twice elected as MLA from Haidargarh constituency in Barabanki. On May 24, 2003, he became Union Minister of Agriculture and subsequently for Food Processing. During this period he initiated a few epoch-making projects like Kisan Call Centre and Farm Income Insurance Scheme. He also embarked on ‘Bharat Suraksha Yatra’ which covered several States taking up the cause of increasing terrorist activities and threats to internal security. He laid emphasis on issues of public interest like spiralling prices of essential commodities, farmers’ grievances and other national issues.