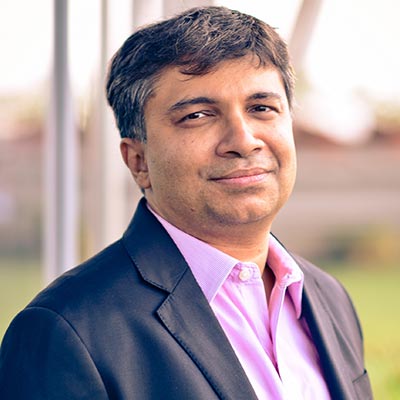 As Managing Director and Chief Executive Officer of Marico Limited, Saugata drives growth and operations both nationally and internationally. He has helped transform Marico into a high performing organisation with a commitment to sustainable development and best in class governance.

Saugata joined Marico in January 2004 as Head of Marketing and was elevated to CEO of the India business in 2007. In April 2013, Marico restructured its Consumer Product Business in India and International Business Group under Saugata’s leadership as CEO of Marico Limited, the unified FMCG business. Thereafter, in March 2014, he was appointed the Managing Director of the company.

Under his leadership, Marico today is amongst India’s 5 Best Workplaces in FMCG as per Great Place to Work® Institute (India). Marico has also been ranked among the Top 10 in corporate governance among all constituent companies of the S&P BSE 100 Index.

Saugata was ranked #4 in FMCG and #47 pan-India in the Top 100 CEOs list by Business Today-PWC in 2017 and was ranked ‘India’s Most Valuable CEOs by BW BusinessWorld in 2016 and 2018. He was also awarded the Best CEO (Private Sector) at the Forbes India Leadership Awards 2019.

Saugata started his career with Cadbury (now Mondelez) where he spent 9 years in various roles in Sales and Marketing in India and the United Kingdom. Subsequently, he went on to become the Chief of Marketing and Group Sales at ICICI Prudential and was part of the startup team that was instrumental in establishing ICICI Prudential as the largest private sector insurance firm in the country.