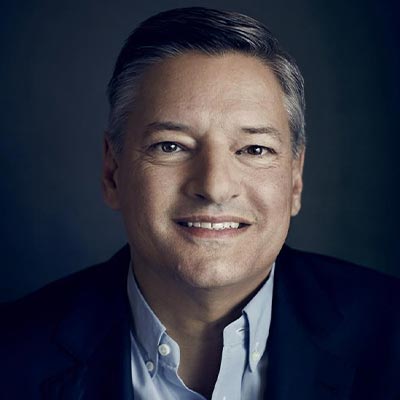 Ted Sarandos serves as co-CEO and Chief Content Officer at Netflix. He oversees the teams responsible for the acquisition and creation of all Netflix content including original series from around the world such as Stranger Things, Dark (Germany), La Casa de Papel (Spain), Squid Game (Korea), The Fame Game (India) and The Witcher (Poland), and films including The Irishman, Red Notice, Power of The Dog, Don’t Look Up, the 3-time Academy Award winning film ROMA and the Academy Award winning Marriage Story. Ted has been responsible for all content operation since 2000, and led the company’s transition into original content production that began in 2013 with the launch of the series House of Cards, Arrested Development and Orange Is the New Black, among numerous others.