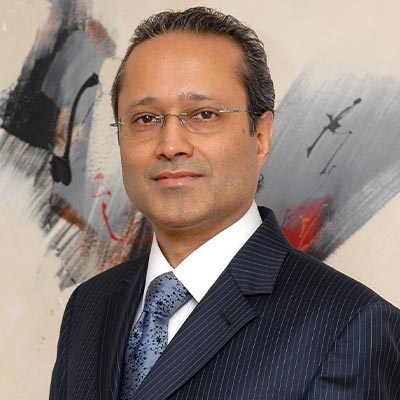 Mr. Vineet Jain is the Managing Director of India’s oldest, largest and most respected media group, the 183-year-old Bennett, Coleman & Co. Limited, also known as Times Group. Mr. Vineet Jain has been the driving force behind the diversification and expansion of what began as a traditional publishing business under the flagship Times of India. Today, the Times Group is No. 1 across the media spectrum – be it internet, radio, music , news television, OTT,  or out-of-home – thanks to his vision and leadership.

A combination of business acumen, strategic insight and creative energy – and a deep understanding of both content and marketing – has helped keep the Group future-focused. Underpinning all of this is Mr. Jain’s obsession with keeping the consumer at the centre of everything the Group does and his abiding belief in the transformative power of positive change. He built the largest omni-channel news network in the country with leadership across print, digital and TV mediums, with a keen eye on the product and a constant focus on innovation across the different formats.

The brands – which straddle platforms and audiences – speak to his success. He revolutionized the content behind The Times of India and The Economic Times, making it more contemporary and appealing to even younger audiences today. He played a pivotal role in transforming BCCL into a multimedia company with a powerhouse of brands across Radio (Mirchi), TV (Times Network), OOH   ( Times OOH), Music ( Times Music)  and Marquee IPs (Filmfare, Femina, ET Awards and Global Business Summit to name a few).

He spotted the digital trend early on and was instrumental in putting together the building blocks for the internet businesses within the Group. He is actively involved in all aspects of the internet business, leading Times Internet into one of the largest consumer ecosystems in India with a 600 mn monthly user reach. . TIL is today the number 1 digital publisher in the world that also operates a portfolio of 39+ leading digital brands (MX Player, Magic Bricks, ETMoney, Cricbuzz , Gaana to name a few) that engage millions of users worldwide.

It’s his belief that the future of India lies with an educated and engaged youth that led to the establishment of Bennett University and its growing recognition as a respected institution and brand. Times Pro – the Edtech arm of the Group – has taken the Group’s focus on education to the next level with its strong focus on higher education, upskilling, and executive education.