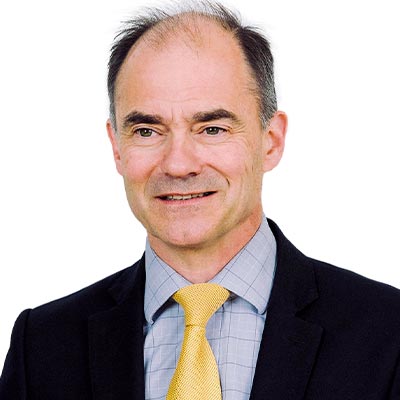 Warren East is the Chief Executive for Rolls-Royce Plc. Warren graduated from the University of Oxford’s Wadham College with a degree in Engineering Science. He then went on to earn a Master of Business Administration degree from the Cranfield University School of Management as well as honorary doctorates from Newcastle and Cranfield. He became a non-executive director of Rolls-Royce plc in January 2014 and subsequently became Chief Executive in July 2015.

Prior to joining Rolls-Royce, Warren spent 11 years with Texas Instruments and joined ARM in 1994. He was later appointed to the board as chief operating officer and in 2001 he became chief executive officer, a role he held until leaving the company in 2013. Under Warren’s leadership, ARM matured into an established FTSE 100 business, the world’s leading semiconductor IP licensing company with an outstanding record of innovation and a strong commitment to research and development.

Warren is an engineer by background and training, and has an outstanding record as a chief executive officer. He has a deep understanding of technology and of developing long-term partnerships. He has proven strategic and leadership skills in a global business and a strong record of value creation – all of which are relevant to Rolls-Royce, particularly as we undergo a period of simplification. Warren leads the Company with energy and enthusiasm, harnessing its world-class engineering skills and its proud record of innovation and delivery.